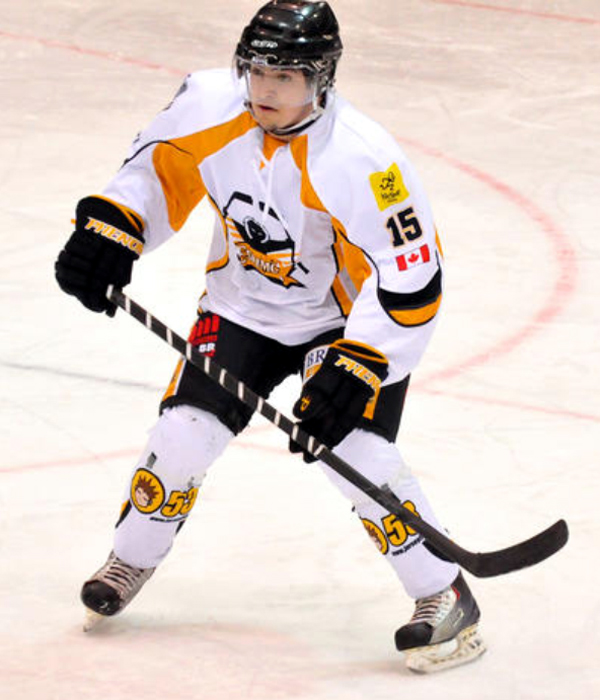 Jake Ryan has made a big impact in his first four games with the Abitibi Eskimos.

And his strong play hasn’t just been noticed by Eskimos officials and Abitibi fans, either.

Ryan has been named one of the Northern Ontario Junior ‘A’ Hockey League’s three stars of the week — joining Soo Eagles sniper Brian Depp and Sudbury Cub Jamie Haines.

The New Liskeard native has two goals and five assists in his first four games with the Eskimos and he has spent four minutes in the sin bin.

There is no question that speed is the strength of Ryan’s game.

“I can skate and work down low pretty well,” he said following his first game with the Eskimos on Jan. 12.

“And I always come home … I always make sure the defence comes first, too.”

Ryan was picked up by the Eskimos from the Ontario Hockey Association’s Stratford Cullitons earlier this month.

Ryan is a Great North Midget League graduate who helped the New Liskeard Cubs to a second-place finish during the 2009-10 campaign.

Playing with the Eskimos offers him an opportunity to be a little closer to home.

“It’s nice to know some people in the stands, compared to being seven hours away from home and not knowing anybody,” Ryan said.

“This is more my habitat. I like the snow and stuff and the cold. It makes me feel better.”

It also will allow his family more of an opportunity to see him play.

“Especially when we play in K.L. (KirklandLake), it’s only 50 minutes away from my house,” Ryan said. “AndNorth Bayis close, so that’s a positive.”

While he has been raking up the stats since joining the Eskimos, the forward is more concerned about team accomplishments than individual honours.

“I want to help these guys win the league, for sure,” Ryan said.

Eventually, he hopes that playing with the Eskimos will enable him to earn a scholarship to help further his education.

“I’ve just got to work hard and hopefully I will be successful,” Ryan said.

“If I don’t get it this year I’m not going to give up. Next year is always a new year.”

Getting off to a strong start in his first couple of games in the NOJHL was key for Ryan.

Ryan and his teammates are scheduled to take on the Kirkland Lake Gold Miners on Saturday night at the Jus Jordan Arena.